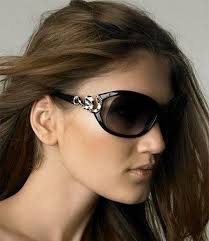 What I love about fashion is that it goes in circles. What was hot last season or last year is considered old, meanwhile what is really old, say a decade or so, is considered fashionable and new. Sunglasses are a great example of this. The sunglasses from last year are out, but the ones from the 2000 and 1970’s are in. Interestingly enough, the ones from the 2000’s looked a lot like the one’s from the 1970’s.

Last year it was all about covering your face. The sunglasses were huge, and simply covering your eyes from the glare of the sun was out. This made it very difficult for anyone to look good in a pair of sunglasses. Luckily, the sunglasses have gotten smaller this year. Now the shaped ovals and cat eye glasses are back in style instead of the aviator glasses that no one needed.

The color of the lens and frames has also undergone a drastic change. Last year the lens and frames were all very dark. No one could see the shape of the eyes, let alone guess as to the color of the eyes. The frames were dark, often black in appearance. This was nice for those who could pull off such a severe look, but most people found a lot of difficulty with this appearance.

The color of today’s frames tends to be a lot lighter, often metallic in appearance, although the soft hues of purples, blues and reds are also very popular. The lens are no longer black or mirror, but rather a similar shade to the color of the frame, allowing enough light in so that people can see the shape of the eye, but provides enough protection to ensure the limiting of glare and UV rays. 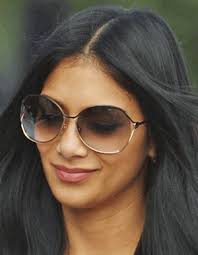 Remember not to go with what is in vogue though, when picking out sunglasses. Instead, pick out glasses that work well with your individual face and skin tone. Try on various sunglasses and pick the best one for you, rather than picking the ones shown here or on other magazines. Remember, fashion is only fashionable if it looks good on you.