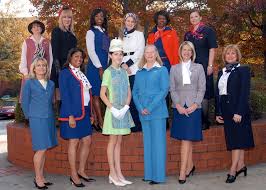 Sex appeal and flight have been consistently paired together. Pilots and their attendants are part of a special group of people that others look up to, envy in the career world and enjoy dealing with. There is little that is not seen as sexy and fashionable in the aviation world, at least to the outsiders. Pilots and attendants get to fly the world, visit exotic cities, meet amazing people and see the cutting edge of flight technology.

To enhance the sex appeal, increase people’s confidence in the pilot and attendants and encourage more people to fly the aviation managers provided those flying with the most up to date uniforms possible. Often times these uniforms even spark the fashion trends that people see in the world. 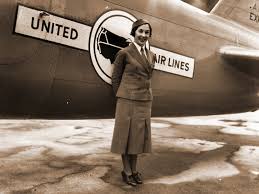 In the early 1930’s, the uniforms for pilots and attendants was very conservative. The women wore straight skirts that came to the ankles. There were some women who wore pleated skirts just below the knee, but no matter what, it was simple and professional. To identify the airline, an armband with the company name on it was worn. This uniform was simple but it displayed the conservative take on the day. 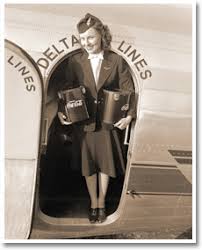 By the mid to late 1940’s the uniforms were becoming more sexually appealing. Gone were the ties for women and here were the V-neck shirts, open at the top button. The hats were used to convey the working and professional attitude of the attendants and pilots. Color was beginning to enter into the uniforms, making them more attractive and more approachable.

The mid 1960’s saw the rise of the skirt. The skirts that used to be below the knee or to the ankle rose to above the knee. By the early 1970’s, the uniforms began to take on a more futuristic look. Bright colors and unconventional side uniform buttons provided this unconventional look. Star Trek uniforms and airline uniforms looked a lot alike at this time. 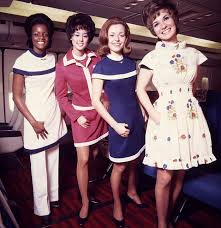 The mid 1970’s saw the Flower Uniform set. This uniform set provided a little bit of personalization in the uniforms. It was now possible to wear tunics with pants, blazers and skirts, blazers and pants, or a dress for women. The flower in the uniform set came in with the smock that was worn during meals. This invoked the image of the house wife and the image of frontier’s women making a life for themselves at the same time.

Sleek and sexy became the uniform of the day during the early 1980’s. These uniforms looked   more like the power suits that women began to wear at this time. This image of the airline continues through today. 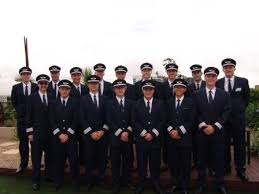 What about the men in these years? Well, the men were most often the pilots. These pilots were professionals who underwent years of training to be professionals at flying the aircrafts that they were assigned to fly. These men then dressed in suits and ties that complimented the women or attendants who were on their flight crew. In order to ensure that the pilots matched the attendants, the airlines often provided the uniforms for the pilots with different options in order to provide some individuality between the pilots.